So, we had quite an adventure on Saturday night. We were invited to watch Norm’s cousin’s daughter perform in The Nutcracker at the Palace of Fine Arts Theater. Little did we know that it would be pouring rain! Yikes! We had an early dinner and headed out, only to be catch in traffic…probably due to the rain, and I think many company holiday parties were also taking place that night. (Sorry for the low quality pics…they were all taken with my phone in a dark theater. And there are no pics of the actual show because of the No Photography rule. I’m sure you can do a search to find a pic.)

Headed out to San Francisco in the pouring rain during traffic hour!! 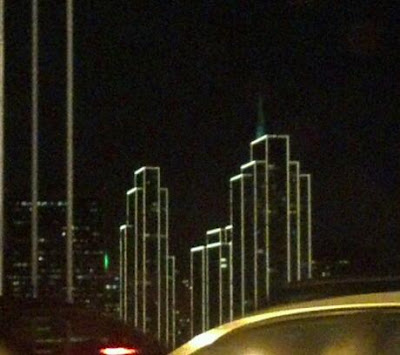 I think we missed 15 minutes of the show, but that’s okay because AL wasn’t performing until the the 2nd scene. 🙂 We found our seats in the dark. The girls loved it immediately, which I was glad about because the show is over 2 hours long!

During intermission, Melody and MIL got to go over to the front row seats, which we were allowed to go to since we got in there late and it is smack dab in the middle of the front row. Later, we found out that AL had actually seen them in the front while she was performing. 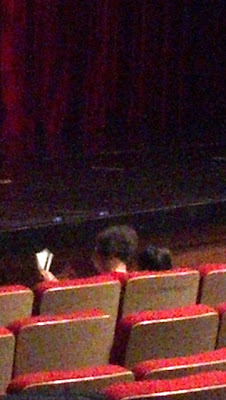 Us? We sat on the side so we can get out for the occasional bathroom break if needed. 🙂 There was only one anyhow. 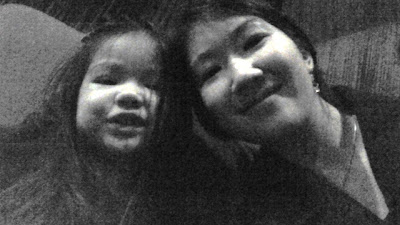 During intermission, Emily kept asking when the show would start again. 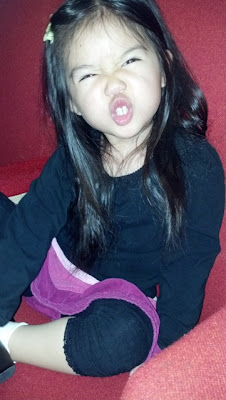 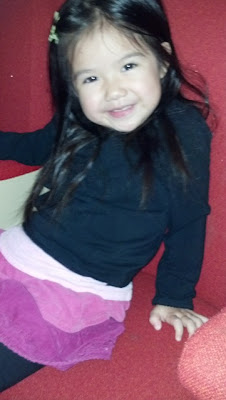 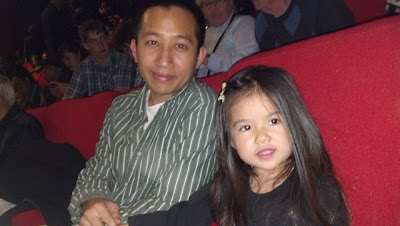 As soon as the show ended, Norm went to get the car since it was parked 5 blocks away and it was still pouring rain outside. After the girls used the bathroom, we were headed out and found AL. Poor Norm was waiting and luckily found a spot close by while he waited.

Here’s the girls with AL. 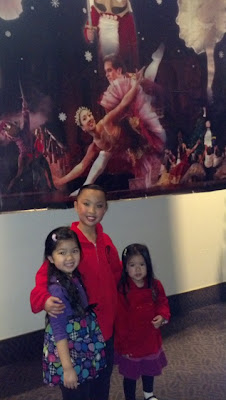 We headed out to the car, and there was literally a small river outside. All the people who parked right in front had to get in the river to get to their cars. I wasn’t going to get soaked all over to get to the car, so I got my foot soaked instead. I had a girl in each arm (yes, I was carrying about 80 pounds in the pouring rain jumping over a large puddle), and we made our way to the car. I wasn’t even going the right way at first, but we found our way, and then Melody steps in a puddle on the way into the car. Oy! Not our typical Saturday evening, but quite adventurous. 🙂

We prepared for the show by reading The Nutcracker. I had ordered this book at an Usborne book show before we even got the invitation to attend the ballet, so it was perfect that we had it to go over the story and get familiar with the music.

We also started watching Christmas movies/shows for our weekly movie nights, so we watched Mickey’s Magical Christmas which has a version of The Nutcracker in an episode.

1 thought on “The Nutcracker”