This past summer Melody did the Mathletics workbook. It is one of the educational programs that is offered by the Oakland A’s. After completing her workbook, she submitted the answer sheet to earn 2 ticket vouchers to an A’s game.

It was a sunny summer day as Eric and I drove over to the O.Co Coliseum to see the Cleveland Indians play against the Oakland Athletics. 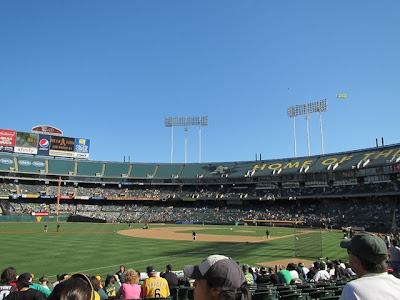 A couple of weeks before the game, Eric and I bought tickets at the Coliseum Box Office and found out it was also Scott Hatteberg Talking Bobblehead Day in honor of the A’s 20-game winning streak from the 2002 season. We had three tickets between the two of us, so we each got a bobblehead on the way in. Eric then double-backed and used his remaining ticket to get another bobblehead. Good thing we did this. Jen and Aaron came right before the game started and they ran out of bobbleheads, so Eric gave them one. Joyce and the girls ended up circling for parking for half-hour around the BART parking lot before they finally found a spot. They came in during the 3rd inning and obviously there were no more bobbleheads left. Each “family” ended up with one bobblehead each. 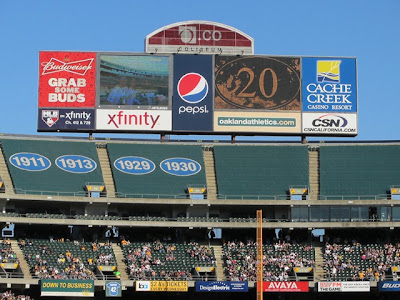 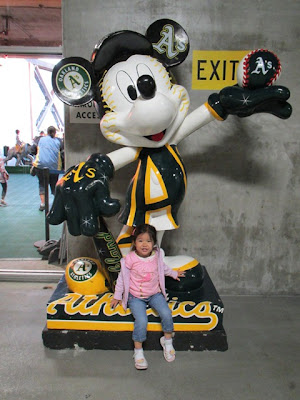 Emily posing in front of the Stomper Fun Zone sign. 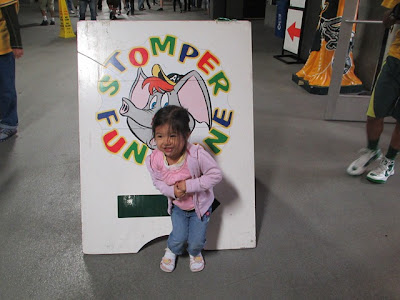 Emily riding one of those pay-by-quarters elephants…..and yes, I paid the quarters for her to experience the elephant move up and down. 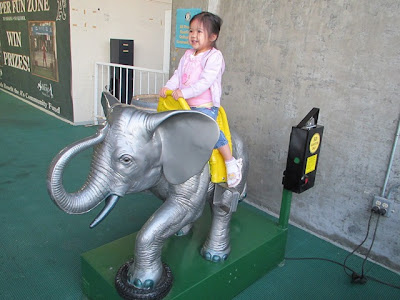 Emily going down a slide at the Stomper Fun Zone. I took her back down to her seat after this. 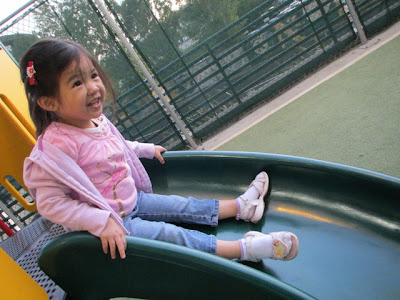 At the beginning of the 7th inning, I took Melody up to the Stomper Fun Zone. Here she is posing in front of that same Mickey status. 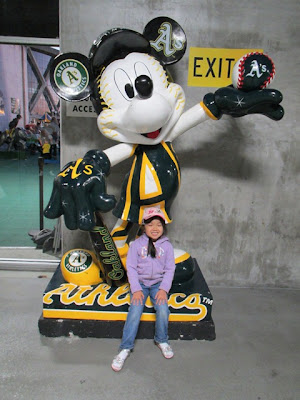 Melody at the top of the slide. 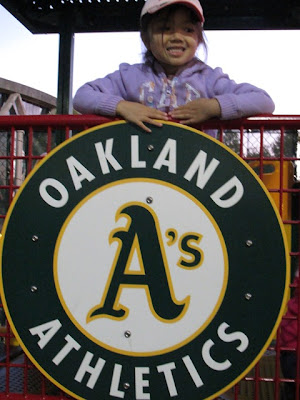 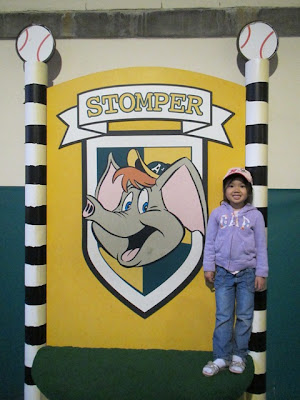 And lucky duck, guess who stopped by right when we were about to leave……STOMPER himself! 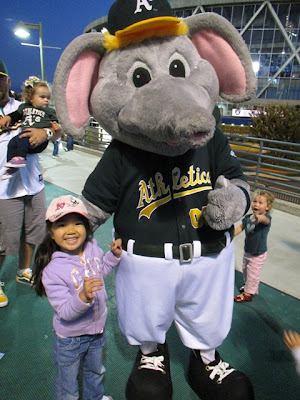 Melody pretending to ride on a carousel horse. 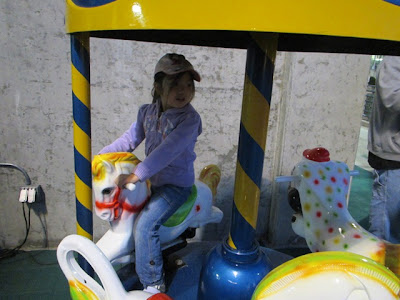 Melody hugging the A’s pig in front of the Stomper Fun Zone on the way back to her seat in time for the seventh inning stretch. 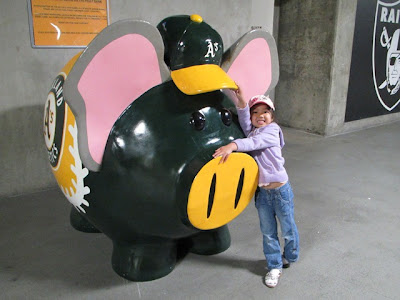 Joyce and I at the game 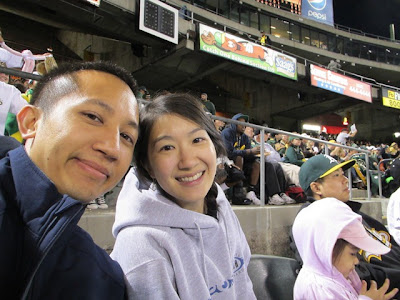 Melody with Jen and Aaron. 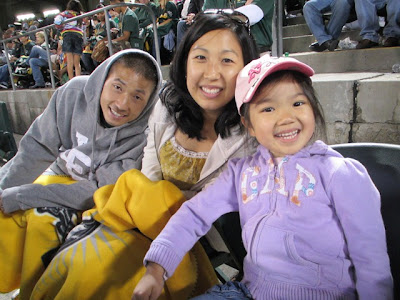 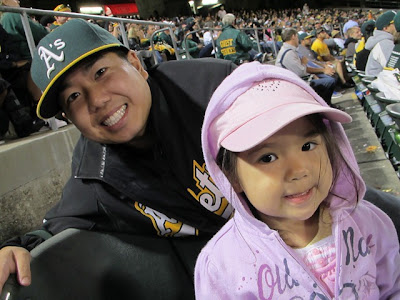 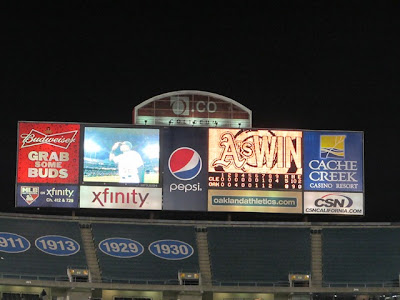