For Jenny’s birthday, we bought tickets to Disney on Ice: 100 Years of Magic at the Oracle Arena in Oakland. She had a coupon from Round Table Pizza to get upgraded lower-level seats for only $15. Score!

We have more pictures than the ones shown below, but there was something for everyone at this show. It was a variety show and not a princess-themed or adventure-themed show since it was celebrating 100 years of magic. Each segment featured a Disney movie from the recent Princess and the Frog all the way back to classic Pinocchio and even It’s A Small World.

Melody, Jen, and Emily walking toward the Oracle Arena before the show. 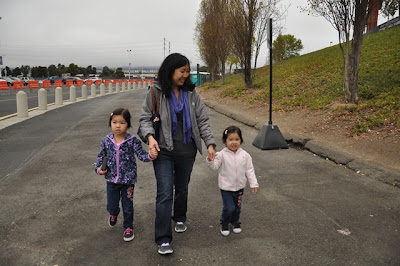 The start of the show featuring a zamboni driven by Donald Duck with Mickey, Minnie, Chip and Dale alongside. 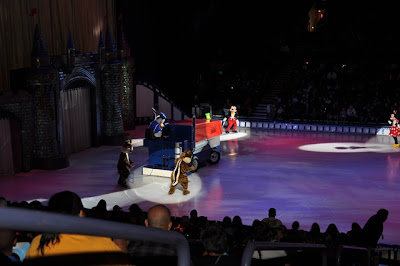 The next segment was Aladdin and as you can see in the pictures below, A LOT of Genies came out. 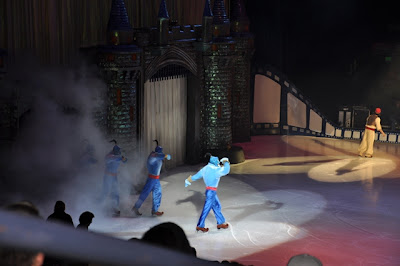 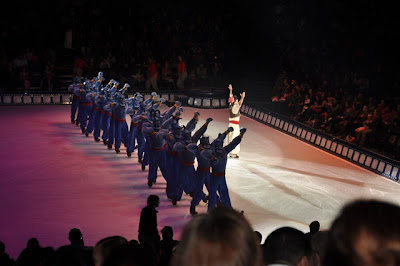 Mickey and Minnie all dressed up. 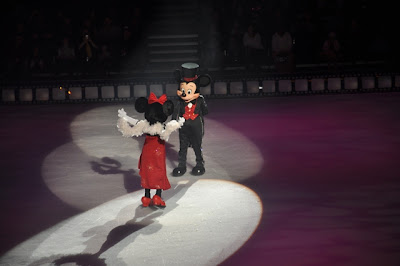 Emily’s favorite part was the Beauty and the Beast segment because you know who her favorite princess is. 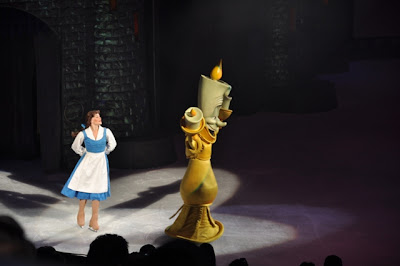 Emily is more than excited! 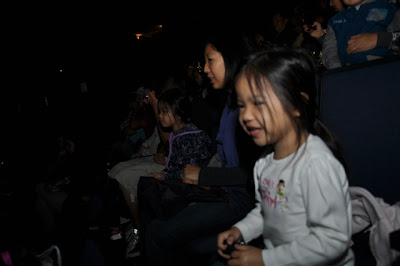 Emily getting a closer look through the binoculars Yeh-Yeh provided. 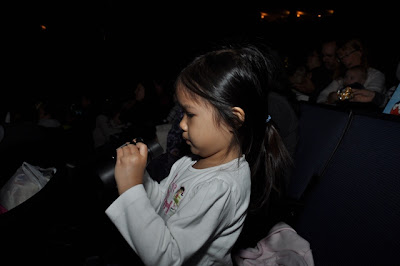 Before intermission, there was a segment on the Main Street Electrical Parade.  Here is Mickey on a hot air balloon. 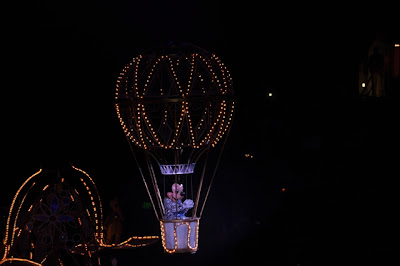 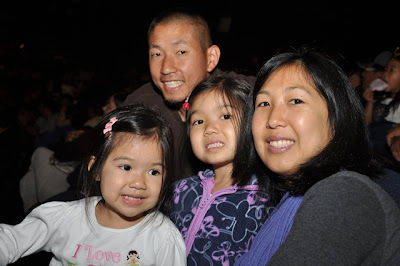 Melody, Norm, and Emily and another picture with the ice in the background. 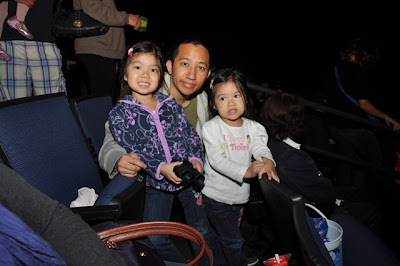 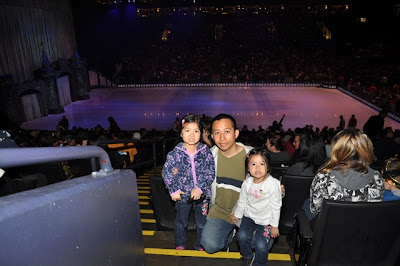 The finale when all of the characters came out at once…. 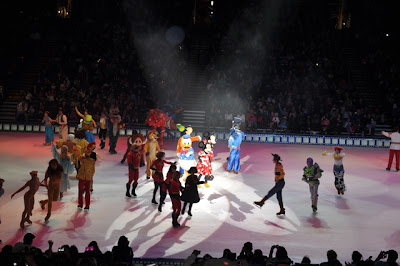 ….and pyrotechnics on the castle for the finish. 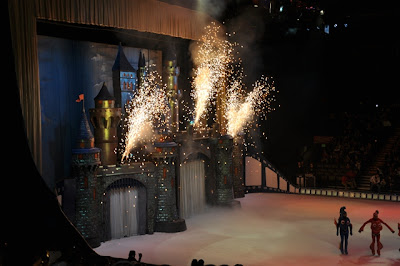