I figure we should post about our garden before harvest time. We already picked some tomatoes!

Below are photos captioned and typed my Melody! 🙂 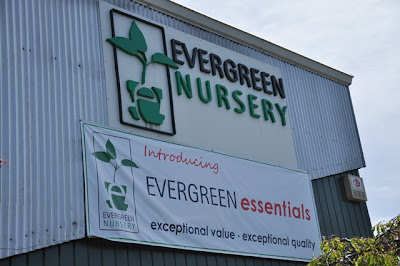 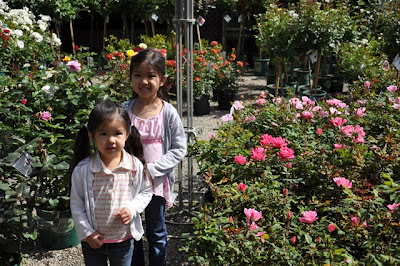 There were so many flowers. 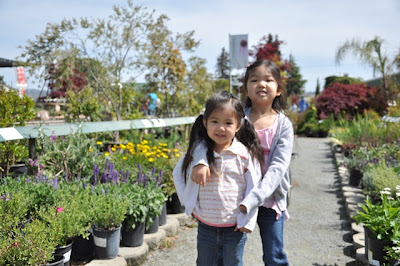 Me and my flower 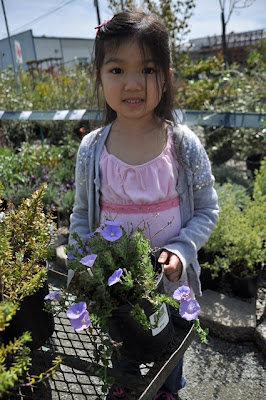 Us and Emily’s flower 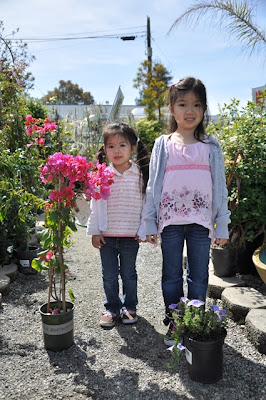 What a wonderful place 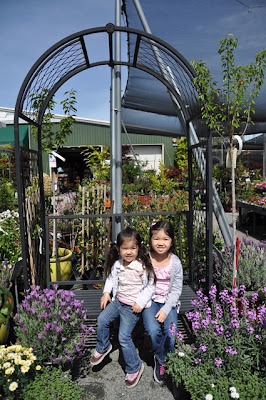 What a big cart we have! 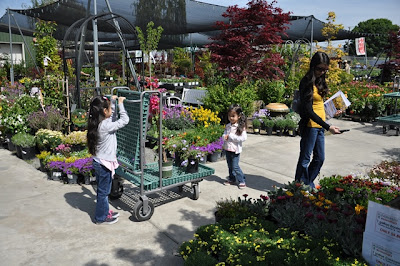 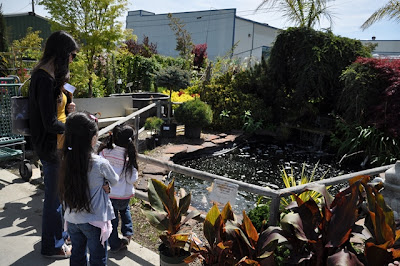 Flowers all around me. There is a ton of flowers. 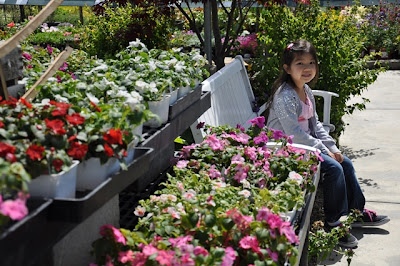 My sister is looking for the perfect flower. 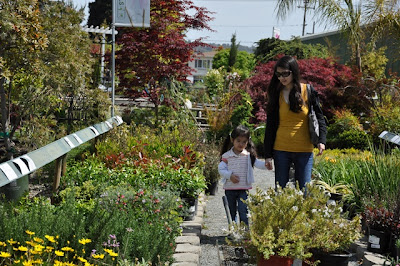 Isn’t that a wonderful flower? 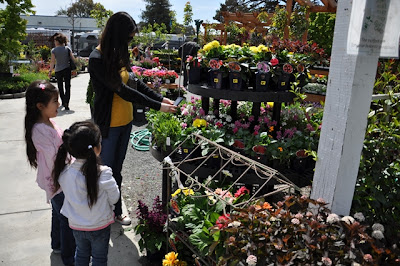 Note from Melody’s mom: Some of the flowers pictures are what we have growing in our yard, along with artichoke plant and tomato plants (One tomato plant was given to us by a lovely church friend who can grow anything!! She is also in an upcoming Dahlia show if anyone is interested. I can give you info.) We also have/had a chayote squash plant, but perhaps a neighborhood critter got to it. 😦 We’re still working on getting our green thumbs.

Anyone have any tips on turning our brown thumbs green? Please don’t say Miracle Gro. :p Have you taken a trip to the nursery? If so, what did you get there?

Valentine’s Day and Mother’s Day most be the most profitable days for florists.  There were long lines at every florists I walked across when going back home from work this past Valentine’s Day.  Mostly guys were in line buying roses (or other flowers) for their significant other.

I happened to check out the pre-made bouquets and they were decently priced.  So I decided to stand in line and buy a bouquet.  It was perfect because there was at least one flower with everyone’s favorite color.  The middle flower was a rose, although it wasn’t red, it was beautiful anyways.

The crazy part of this story was the guy in front of me in line.  He decided to make his own bouquet by starting with a half-dozen long stemmed red roses, then added some lilies, asked for some baby’s breath, and then asked for a couple more long stemmed red roses.  Anything to make a full and pretty bouquet so he said.  The florist rang him up and told him the bill would be $103!  He just charged it on his debit card.

Are you kidding me?  $103 for flowers?  I would never pay that much for flowers.  That same selection would be 50% or 65% less the day after.  Flowers also only last for a week or two….unless you’re good at taking care of them, a little longer.  Joyce would rather have me spend the same $103 for useful items we can use on a daily basis or groceries.

What is the most you would spend on flowers?