We’re usually not big on celebrations mostly because we’re lazy, but I decided to surprise Norm with a few things this year.

In the morning
He woke up “showered” with love. Inspiration from HERE. I hate shopping but I did score on the deodorant which was on sale and I had a coupon! I actually happened to be up in the middle of the night for some reason, so I was able to set this out without him knowing. 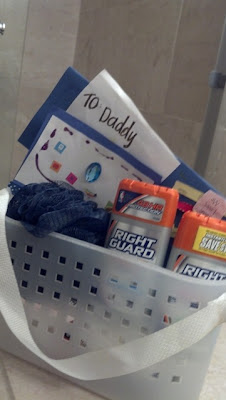 In the afternoon
When he came home in the afternoon, he found THIS. This is kind of a gift for all of us because we know how important it is for dads to spend time with their daughters, and the difference it makes. I know this will help our family grow in our relationship in many ways. I wrote about dads/daughters and a review of the eBook. 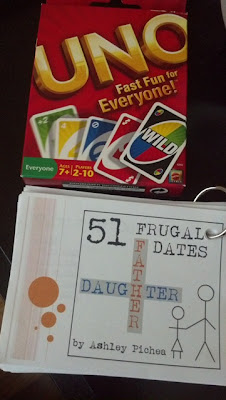 In the evening
We went out with my family to Silver Spoon for dinner. You can’t see the shirts, but I bought them (I was on a roll with the shopping since I only really do it twice a year and only when I really have to, i.e. when I have to attend a wedding) a few weeks ago, and they say “My Heart Belongs to Daddy“. 🙂 (We went out again to Silver Spoon on Thursday to do Father’s Day with Norm’s parents. We were treated with 7:30pm musical entertainment. It was fun.) 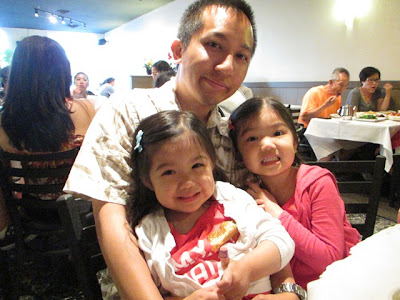 Here and There
And sprinkled here and there were cream sodas and Dove raspberry chocolates. 🙂 (I think I ate most of the chocolates though. :p) 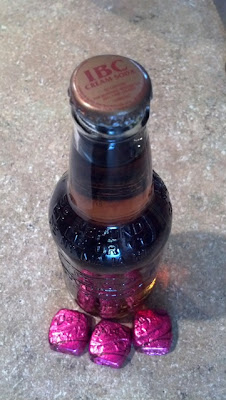 Day-after surprise
The next day, I surprised Norm with a special dinner. Not that special since it’s not too far off something I would make on any other day, but we would never have chili because we (the girls and I)  don’t really eat chili. :p Also on the menu was homemade sweet tea (in a small mason jar too!), corn, and corn bread. We liked the Trader Joe’s cornbread, but I didn’t want to make an extra trip there, so I got some Krusteaz cornbread and it was great too. 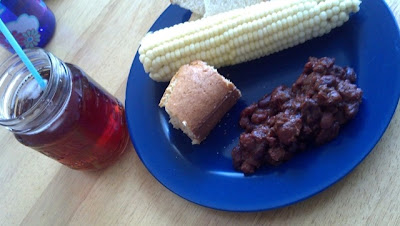 P.S. While I was typing this, Norm was actually teaching the girls how to play Excitebike on his old college computer…yes, as in his computer from 15 years ago!