A few weeks ago the girls were invited to a birthday party at Martial Arts America. I was a little worried about the time because it started right after their naps, and sometimes they do overnap. Norm was also away for his brother’s bachelor party that day as well. Luckily, they took a short nap that day, and also luckily, the place is less than 5 minutes away from our house. 🙂

Emily was still a little groggy since Melody had actually woken her up from nap, but Melody was ready to go. 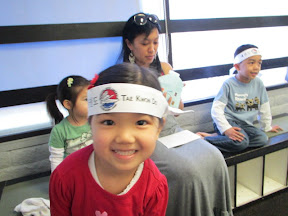 Started out with playing a game with the blockers. 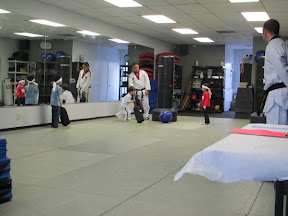 Missed her breaking the board since I took Emily to the bathroom, but here it is. 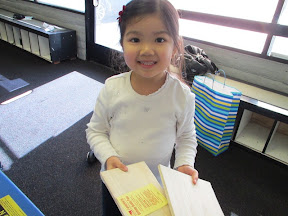 Oh boy, my girls are girly girls…Emily attempting to break a board with a meek tap. :p 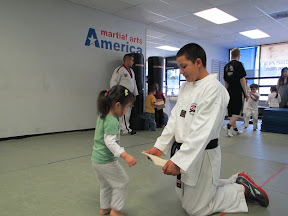 So she tried using her hands. The guys ended up just breaking it, and she ended up getting a cut on her arm. 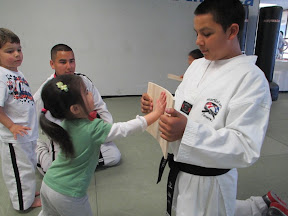 But man, she was so proud of herself for breaking it into 3 pieces! 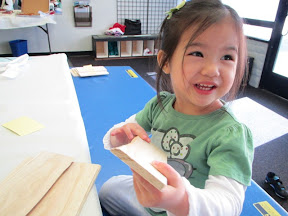 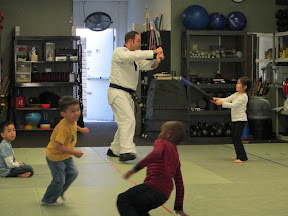 Emily finally joined in with the other kids at the end. 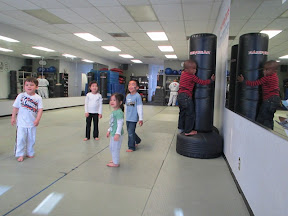 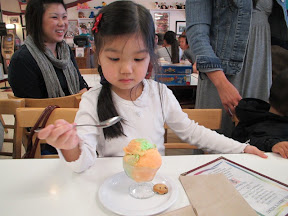 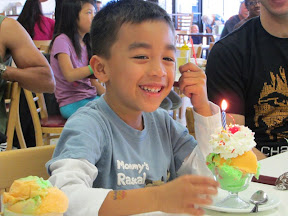 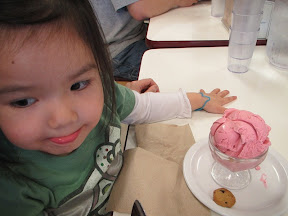 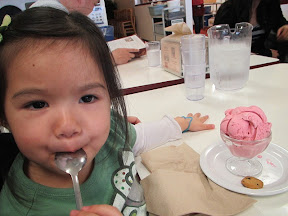 And of course, what’s a trip to Ice Creamery without a ride on the truck? 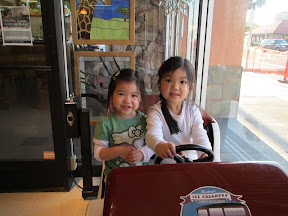