Melody and Emily attended their first play this past week. We were invited to see Cinderella Kids by Melody’s new friends in our homeschooling group. She was Cinderella! We also found out that my sister has some students (current and former) who were in it too, so we would be going together.

When the lights dimmed, both girls were not too sure of what was going on, but once all the girls in pretty dresses came out singing, they were fine. We had actually sat toward the back for a quick escape in case Emily didn’t really enjoy it as much as we thought she would, but she sat for the whole 45 minutes! Melody gave a super duper enthused round of applause after every single song. I have a feeling she will audition for next year’s production. 😉

Not the best pic of us, but the 3 of us girls wore purple. =p 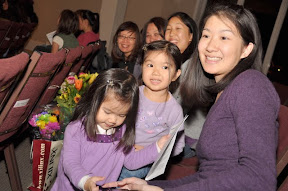 It’s free for the kids to participate in this play. There were 2 casts for Cinderella Kids. One performed last weekend, and one this past weekend. There are also 2 casts for the older kids who are performing Seussical in January. Each cast has 50 kids!!…so the children’s ministry director directs about 200 kids each year for the plays! 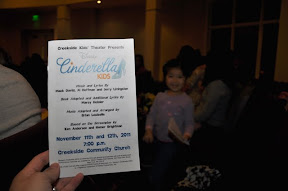 Super excited that Yee-Yee was there too…not sure if she actually paid too much attention to me that evening. 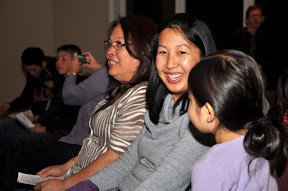 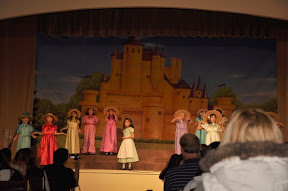 Cinderella with the mice 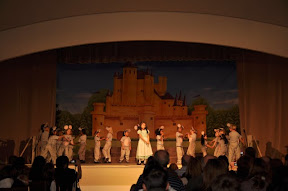 E kept saying she wants to be Cinderella next year. =p 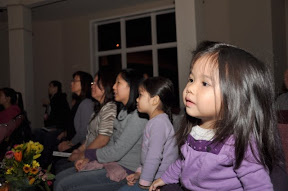 Cinderella dancing with the prince 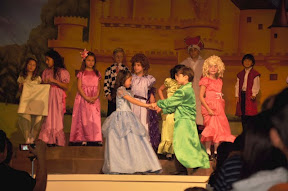 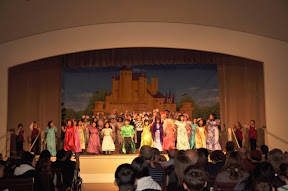 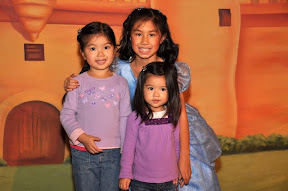 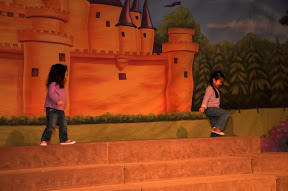