I heard about SLZJCC’s VBS from a friend (hi GY!), and decided to sign Melody up for it. They are doing the same theme as our church so it’s a preview for her. =p (Maybe Melody would get the hint that she’s Asian since she was surrounded by mostly Asians for the week! She thinks she’s English if anyone’s wondering. This leads me to speak in my “Harry Potter” accent to make her realize that she’s not. But anyhow….)

She was really excited for VBS to start, so she wasn’t even nervous that she has never been to this church, and she really doesn’t know anyone there. We knew GY’s son, but he wasn’t in the same group as her.

(Some of these photos are from my phone, so they are not great quality.)

Here she is when we got in for the opening assembly time. 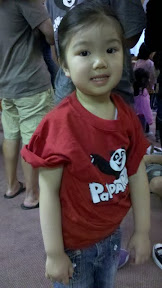 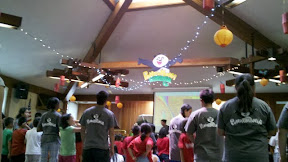 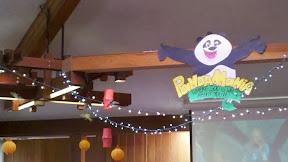 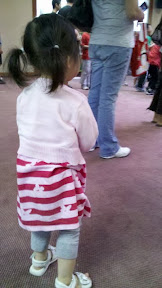 Melody’s group was always in the front, and she’s short so this is what we saw of her all week. 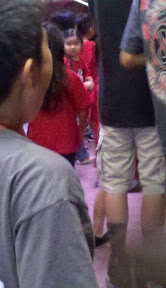 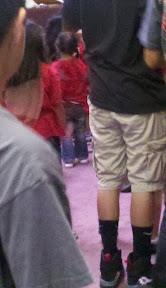 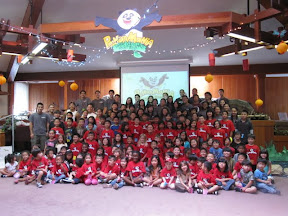 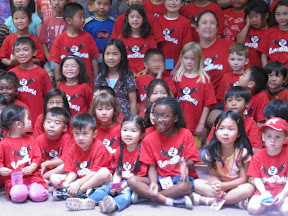 Norm’s cousin was just telling me about Jana Alayra and I was introduced to her songs this week!! Super duper fun! Emily is doing the robot here. 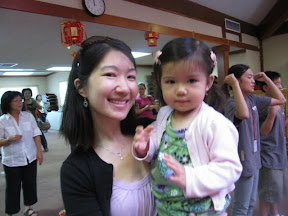 And again…the back of Melody… 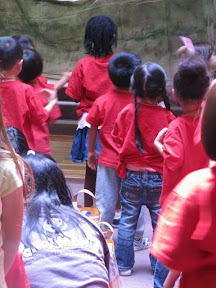 Forgot to change the setting on the camera before my sister snapped this shot of us heading to the car. Thanks SLZJCC for a fun time! 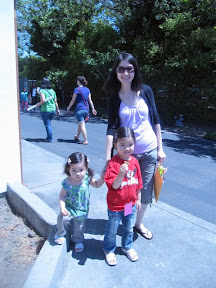 I ran into someone I met at the practicum. Her 2nd daughter is the same age as Melody. They will be in the same Classical Conversations class together, and they were in the same VBS class. They ended up becoming friends without knowing that their moms know each other! =p

There is a VBS reunion in September, but we will not be able to make that. =( What a fun idea though!