We not too big on birthday celebrations here besides going out for a special meal, but I wanted to do something special for Norm since he works so hard. He also wanted to go to Claim Jumper for his birthday, but decided that it wasn’t worth the time to make the drive.

I was going to surprise him the day before his birthday but he ended up having to go to worship practice, and my sister came home late on Thursdays. It worked out on Tuesday though! Melody woke up super late from nap so I didn’t finish one of the dishes. I kicked the girls out to Jen’s house, along with Norm’s parents, who provided their dinner (thanks!). Norm came home to a quiet house, and he was probably wondering what was going on. It did give us a chance to cook together (since I didn’t finish that last dish), which we haven’t done in a long time. And going with tradition, Norm had to set off the smoke detector. Searing scallops is serious business, guys! In his defense, the smoke really can’t be helped.

Look for the recipes for these dishes in upcoming What We’re Eating posts. And there was also one thing we are saving for a later date because we didn’t have time and we were already super full.

Sauce for Scallops over pasta 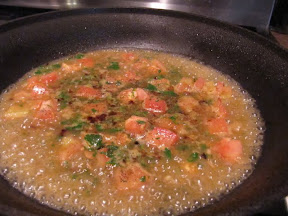 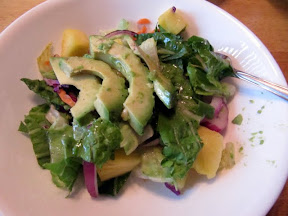 It’s Us! Without the kids! 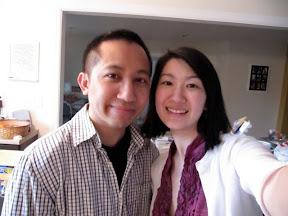 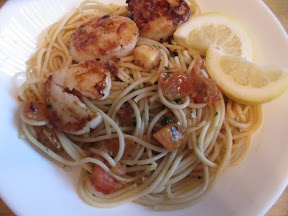 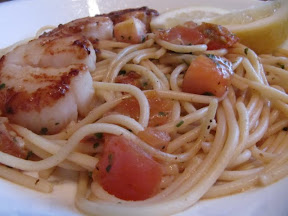 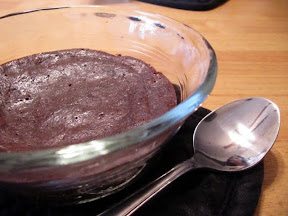 Now I see why restaurants charge so much for meals like this. Even though the recipes were not too hard, having to cook everything at the same time is challenging, plus all the dishes that pile up. And if you have a child or two that comes to inquire about something, it takes longer than it should. It was super fun though because it was different from what we usually cook up around here. Now our house smells like restaurant.